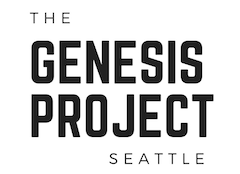 According to the Washington State Attorney General’s webpage, sex trafficking is where a commercial sex act is induced by force, coercion or in which the person induced to perform such an act is under 18” (n.d., para 1).

This is also known as commercial sexual exploitation (CSE). People usually think of it as something happening in the two thirds world (developing countries). However, CSE happens every day in the U.S., even in the Seattle area. In fact, according to Seattle Pi, Washington is ranked at 13th in the nation for active human trafficking cases in 2020.

In a 2008 study by Debra Boyer, 300 – 500 Seattle area youth were estimated to be involved in prostitution (p. 5); however, in 2009, local law enforcement anecdotally saw an explosion of young girls involved in sexual exploitation. The number could be as high as 1,000.

In that same study by Boyer, service providers reported an increase of 13 and 14 year olds involved in prostitution, and they saw increases in gang-affiliated prostitution and violence related to prostitution (pp. 5 – 6).

Being in “the life” has exposed local survivors of CSE to repeated physical and sexual violence by sex buyers, pimps, intimate partners, and others who take advantage of their vulnerability (Pham, 2012, p. 17).

Survivors of local CSE also reported having to endure a number of other challenges from being in “the life”, such as: substance abuse, few housing options or job skills, being the victim of crime, and having felony convictions. These challenges make it difficult to make the transition out of a life of sexual exploitation (p. 17)

The average age of entry into prostitution is 13 (USDOJ, NCMEC). A 1998 international study of prostituted individuals (Farley et al, p. 34) found the following: