Do I arrest them?

Patrolling the streets of South Seattle in the late night hours in 2005, I was becoming very discouraged over all the young girls walking the streets.

Life as a police officer varies a lot, depending on the time of day and the precinct. At night along Pacific Highway, I would see prostituted women and girls along the streets every time I put on my uniform. And every time I saw them, I had to make a terrible choice. Do I arrest them, do I ignore them, or do I confine them to a non-criminal youth facility? Those were my only options.

Arresting didn’t help, because most victims of trafficking would rather go to jail than betray their pimps. After going through the prison system, most just returned to the streets or would get released the next day. At the time, my perception of them was like most cops–they are out on the streets of their own free will, doing something illegal.

Ignoring saved me paperwork, hassle, and having to get my hands dirty. But the problem is still there. Confining them to a youth facilities didn’t help either, because they’d just run away. Often, they run away to avoid being taken home–because that’s even worse. 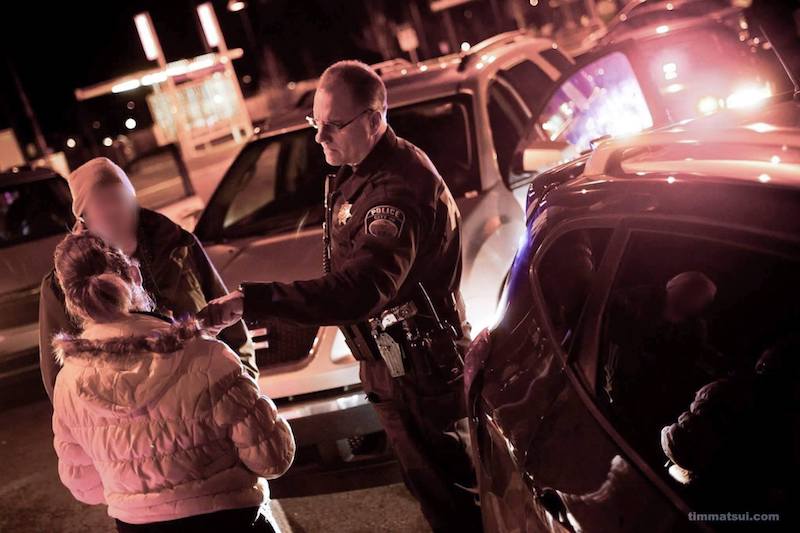 “I don’t want to be here. Will you help me get out of this life?” 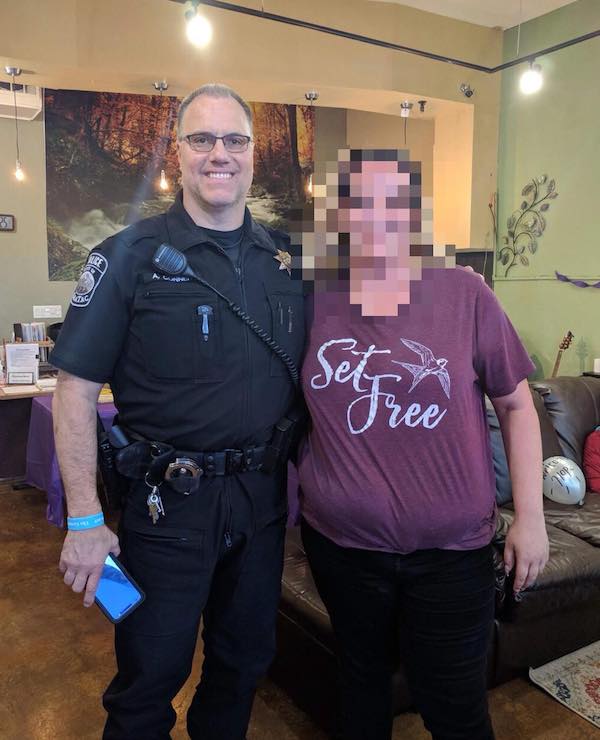 Over the course of a couple weeks in late 2005, I had arrested the same two girls at least a dozen times. I reached the point where I got fed up with them, and asked them, “Why do I have to keep arresting you? Why are you still out here?”

The first one responded in a way that I wasn’t expecting. She said, “I don’t want to be here. Will you help me get out of this life?”

I was silent for a few moments. I never had a girl ask me that before. Finally I explained, “Well, I am sure there are services out there for you.” I elaborated to her and her companion that I would, in fact, search out the services. About a week or two later, I contacted another girl that I had previously arrested several times. She expressed the same concern, “Please help me out of this life.”

I had no answer.
‍
That night I spent most of my shift trying to find the phone number of her mother in Idaho. I never found it, but this night was different. Instead of arresting the girl, I asked her to tell me her story and how she ended up working on the streets.

“I had no answer”

There was truly nothing I could do, and that was the night the crushing weight of it all finally hit me. As a police officer, not only am I to enforce the law, I also need to help people. Months later, I diligently searched for programs and services that would be able to offer some kind of help and assistance for the girls who wanted out of “the life”. I could not find any. This began to change my view of the girls and women who walked the streets at night.

About a month later, I met a young girl, just 17 years old, who confirmed what I’d been feeling–I had to do something to help these girls. I met her on one of my night shifts. She didn’t care if I took her to jail. She showed no emotion and appeared to have no life within her. I told her that I knew what she was doing, but I wasn’t interested in taking her to jail. I wanted to hear her story. 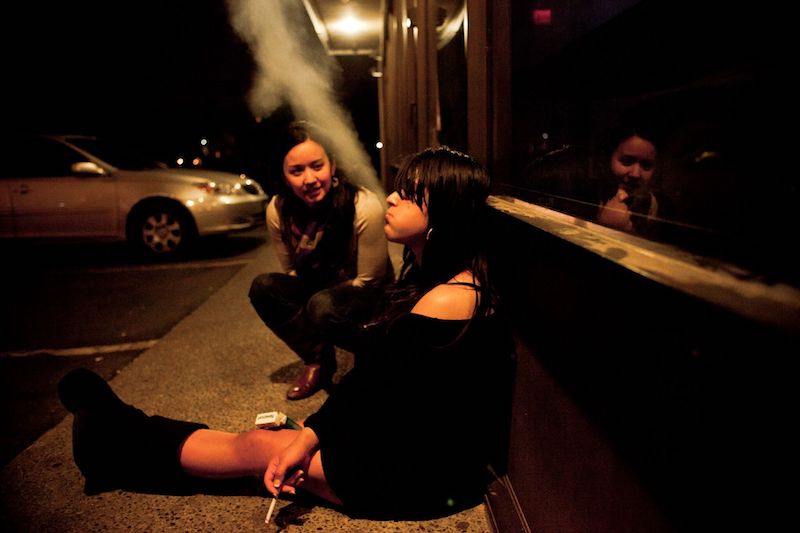 It cut me to the core. This 17-year old girl told me her own drug-dealing father took her out of school in the fifth grade and pimped her out to his friends and customers when she was twelve. After a couple years, he eventually went to prison for drug charges and she was left on the streets, bouncing from pimp to pimp. I saw no hope in her eyes at all, and I was shocked that a father could do that to his little girl. She was in survival mode, and at that moment there was nothing I could do to help her. It was as if she was in a pit, reaching for me. There was nothing I could say or do to relieve her pain or give her hope.

My entire perspective on prostitution had changed. As a man of Faith, I know I can only do so much; this is where God shows Himself strong. I believe He placed a vision within me to do something for his “lost” daughters. I began doing extensive research to find out what kinds of city services, charities, churches, or non-profit programs might be able to do to help. There needed to be a third option besides jail and youth centers.

I discovered there was not a single comprehensive recovery program in existence for young women caught up in sex trafficking or prostitution in the Seattle and Washington area.

“How can we live in the wealthiest, most advanced nation in the world,” I wondered, “and we don’t have a single organization that frees victimized girls from the shackles of sexual slavery?” We have programs for drug and alcohol addiction, mental illness, domestic violence, DUI’s, treatment centers, etc. But nothing for girls trapped in the life of prostitution and sex trafficking.

Out of options, I began talking to the girls I arrested. I tried to draw out their stories, ask about their hopes and dreams. I continued doing this for several weeks, and started to discover some common themes.

Most girls had no families, or anyone at all who cared about their welfare. Most had little education, and were denied it by their pimps.

They had no job skills or resources that would allow them to live independently.

“Out of options, I began talking to the girls I arrested. I tried to draw out their stories, ask about their hopes and dreams.”

They were trapped by their pimps through coercion, brute force, or even by twisted romantic attachment, which sometimes results from mind-control and emotional manipulation, mastered by these nefarious individuals.

In essence, I realized these girls were not criminals at all. They were powerless victims of slavery. In the years to follow, the girls taught me the structure and the underworld of prostitution and sex trafficking, the rules of “the game”, the stories of being in “the life”, how they felt so trapped, and how they could not see a way out. Society shamed them, not knowing they were held with chains that were not visible. They had no voice and no hope. This is the only crime where the suspect is also the invisible victim. This had to change.

Now I had a mission. In the summer of 2009, I connected with members of a local non-profit called The Corridor. They asked me the greatest need in the area and, of course, I told them about the girls I contacted on a daily basis. I told them of my idea to start a center to help these girls get out of their lives trapped in slavery.

They agreed to help and joined forces with me for the next two years. The Genesis Project is now a brick-and-mortar reality since August of 2011.

“Genesis” comes from a Greek word that means “be born or produced.” It’s associated with creation, the forming of new beginnings. I wanted a place that wouldoriginate new life for girls who had known nothing but misery and abuse. 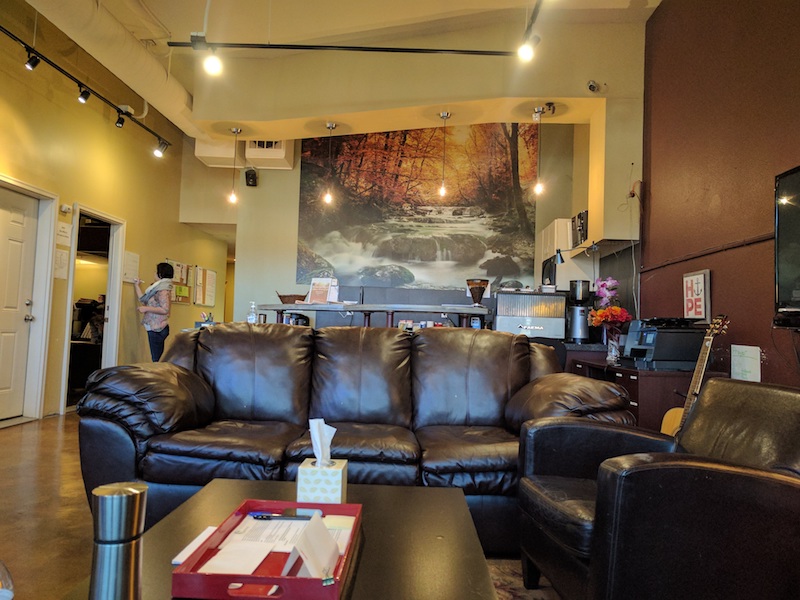 As a drop-in center for victims of Domestic Minor Sex Trafficking, GP now provides that third option I never had before. It’s a place I can take these girls that isn’t a jail cell that just holds them without helping. And it isn’t a youth facility that simply doesn’t have the resources to address the crushing needs in their lives.

Why did I see a drop-in center as the answer? What do we do there? Read on and learn what makes The Genesis Project unique and effective. Then learn about our Mission, the details of the program, and our values.

‍
‍Andy’s close ties with law enforcement – 16 years of experience, including more than 8 specifically working with victims of Domestic Minor Sex Trafficking (DMST) – make him the perfect ambassador to lead these girls to a chance at freedom.